As a big fan of hidden-identity psychology games like The Resistance, I knew I wanted to create a game in this genre, while examining and eliminating flaws in existing ones. In this post, I focus on how teamwork in The CopyCat compares to two other common games in the social deduction family: The Resistance and Spyfall.

The Resistance – For those unfamiliar with The Resistance, rules can be found here. I’ve probably played The Resistance exponentially more times than any other psychology group game out there (ie. Mafia, Werewolf, etc), and it’s definitely my favorite. Champions of strong deduction and deceit as well as sheer social dominance usually emerge as victors. However, such assertive players occupy almost 100% of the discussion time while other players may never speak a single word. 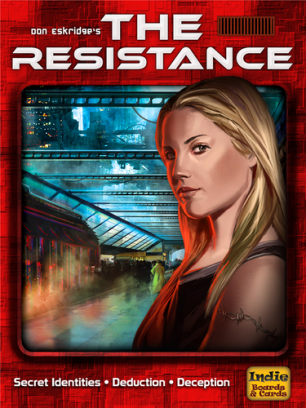 And that’s where the problem lies. When dominant players take over with arguably sound logic and/or loud voices, the game quickly unravels itself into a minority tyranny that almost always decide the outcomes. Furthermore, there can be rounds where a player is never the mission leader and never participate in any missions. The quiet players sit back, relax, and passively “play”.

Spyfall – If you’ve never played Spyfall, the rules can be found here. Spyfall is similar to The CopyCat in that they are both word-based, hidden-identity games. As soon as I played Spyfall a couple times, I knew the game had flaws in the teamwork department. Gameplay progresses until the spy has given enough bad answers to conjure suspicion. And players don’t have to coordinate with each other when asking/answering questions. Essentially, the question-asking phase is done too independently, and it feels like players are just on their own. Teamwork only comes into play when players are deciding who the spy is. The CopyCat – The CopyCat (see rules here) finds a solution to the shortfalls in teamwork from both The Resistance and Spyfall by allowing everyone equal participation. During the description phase, everyone must describe (no matter how shy the player is) the Topic, and a good/bad description can easily decide the outcome of the game. This shifts the gameplay’s dependence on biased assertive personalities (ie. in The Resistance) to a foundation of equal opportunity, better-distributed airtime, and true teamwork.

For example, in The CopyCat, even when a Human player gives a poor description of the Topic (ie. too obvious), subsequent Human players can attempt to remedy the situation by throwing out descriptions to confuse the CopyCats. Basically, players are not solo-players; their descriptions co-dependently and organically create the team strategy for each round.

When playing with 2 Topic, players have to work as a team even more because Humans are split into 2 groups of unknown sizes. Before deciding who the CopyCat is, Humans must work together to figure out who saw which Topic so they don’t falsely accuse other Humans who simply saw a different Topic.

Lastly, voting to eliminate the CopyCat requires the most teamwork because players vote at the same time without a nomination system. Due to this mechanism, it’s quite easy to get ties, which could potentially result in a round wasted in trying to eliminate the CopyCat. Thus, players should coordinate who to vote out before actual voting, so that votes are not divided. For example, if multiple players are suspected of being the CopyCat, players should agree on voting one person out (over the other) for the first round and voting for the other out in the second round.

Overall, The CopyCat incorporates more elements of teamwork compared to other psychology games out there. Everyone has a time to shine, and the gameplay of one person may significantly impact the group chemistry and final outcome.